Am I a photographer?

Pondering on the meaning of the word

A while ago I would have answered yes without further thought. I have taken thousands of photos over the years, from 35mm film to various formats of digital. I've taken studio style shots, still life shots, black and white work and family and people shots. I've taken at least 3000 snaps so far on my little Casio digital camera, which always travels around with me on my belt. I've also been the officially photographer at 3 weddings.

So why the sudden uncertainty? Well part of it is that a colleague has recently enrolled on a Photography course, and that has triggered lots of questions, some of which I cant answer. I have also discovered Stock Photography, especially related to iStockphoto.com. And then I also watched a professional digital shoot at a recent Adobe conference. All of which have led to my doubting my skills.

Take the college course. My friend's portfolio contains pictures I am jealous of. She has an eye for composition that I just don't think I have. Some of the projects I was able to give her my advice, and some not. I hope I have been of some help. Sometimes I even posed as a model (just for technical shots - not for my striking visage!) But this highlighted the amount of technical information that I did not know. I suppose that on its own isn't too much of a problem. I've never sat a formal course, partly because of funds and time, so I lack the formal photography training. However, I've recently been astounded by the work of Neil Cowley, for example: http://neilcowley.com/weddings/ When I was listening to him on a podcast the other day he was saying that he attributes his style to a lack of formal training. Now while I couldn't even aspire to ever being as good as him, at least there is a precedent.

But what about stock photography? Well after discovering iStockphoto.com I became aware that people might buy my photos. And indeed, people have purchased my work. Does this make me a photographer? Well maybe.. How do you define an Artist? Yet Princeton University defines a photographer as 'someone who takes photographs professionally' By that definition I'm not, but at least I've sold my work, if only for a small amount.

Also submitting photographs to iStockphoto is not just a case of uploading them. There is a comprehensive selection process, and contributor training, and all images are vetted. I think I've had more images rejected than accepted. Every time you get a rejection, you get an explanation. Mostly this is due to Chromatic Aberration, which is a distortion caused by cheap lenses, such as the one on my digital camera. At least that helped me to learn and highlighted the difference between stock photography and snaps. Of course so then I try and take all of my photos on film, using one of my 2 SLR's but have difficulty scanning them in for submission. I don't have a dedicated film scanner, and the cd's you get from minilabs are normally just enough resolution to print to enprints, so they are not good enough. And can I afford a Digital SLR? Well quite frankly no, not unless I sell a hell of a lot more of my stock photos. To afford one I think I'd have to turn pro. If I had the skill.

And then there's watching a pro at work. How he talks to a model, how he poses her, how the minute details that he obsesses with leads to the perfect image: "Hold your left shoulder higher, make sure that you are showing only three fingers, tilt your head to the side" - I've done none of that. Hell I don't even own a reflector. Some photographer I am.

And yet I'm getting there. I'm willing to learn. If I ever get a Digital SLR I'm sure that my skills will progress from then on, especially with the immediate feedback you get from that format. And how many more photos can I take when I'm not paying a fiver for every 36..

Podcasts have been great for learning about photography, as well as again proving all that I don't know. Recently I was listening to Ed Hidden of http://edhidden.com, and nearly every episode I learn something new. Last time he was talking about individual style. Most of the photographers he rates have a style, so much so that you can spot their work by their style. Do I have a style? I don't think so.. So how do I get to get one? 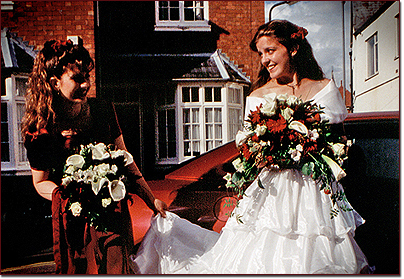 And yet there's the wedding photography. I must admit that shooting on film at weddings is the most stressful work that I have ever done. I always employ a runner, and two cameras, and as soon as a film is finished send the runner to the minilab to get them processed immediately, just to set my mind at rest that I have committed some images to film correctly. But I've done one, and been asked to do two more - almost a commission - so I must be doing something right for couples to trust me on such an important day.

And then last week I won my first photo competition. It was a snap of a flower that I took, on my rubbish lens digital camera that lives on my belt, that I entered for the first time into a competition at Chester Zoo. And I won the monthly prize. Its not much, but it is also the first photo competition I have ever entered. Astounding, therefore, that I won. Maybe there's use for my digital compact after all. In fact, of note is that the majority of the stock photos I have sold on iStock have been macro shots taken on this little camera, so maybe I shouldn't hate it so much.

So am I a photographer? Well I still don't know. Talking this through hasn't helped much. Occasionally I do take a good image. I want to take more and I want to experiment as much as I can. I really cant answer my question, other than saying that some time, in the future, if I work at it, I might be. 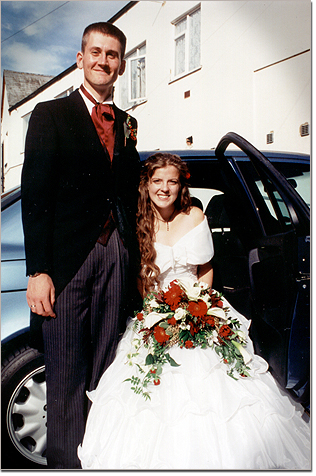