Configuring the screen and firmware

In the previous post I had obtained all the hardware I needed to re-use an old laptop LCD panel as an HDMI monitor.  The panel had lit up in a nice blue over 90% of the screen with a rather dodgy looking graphic in Chinese floating around. 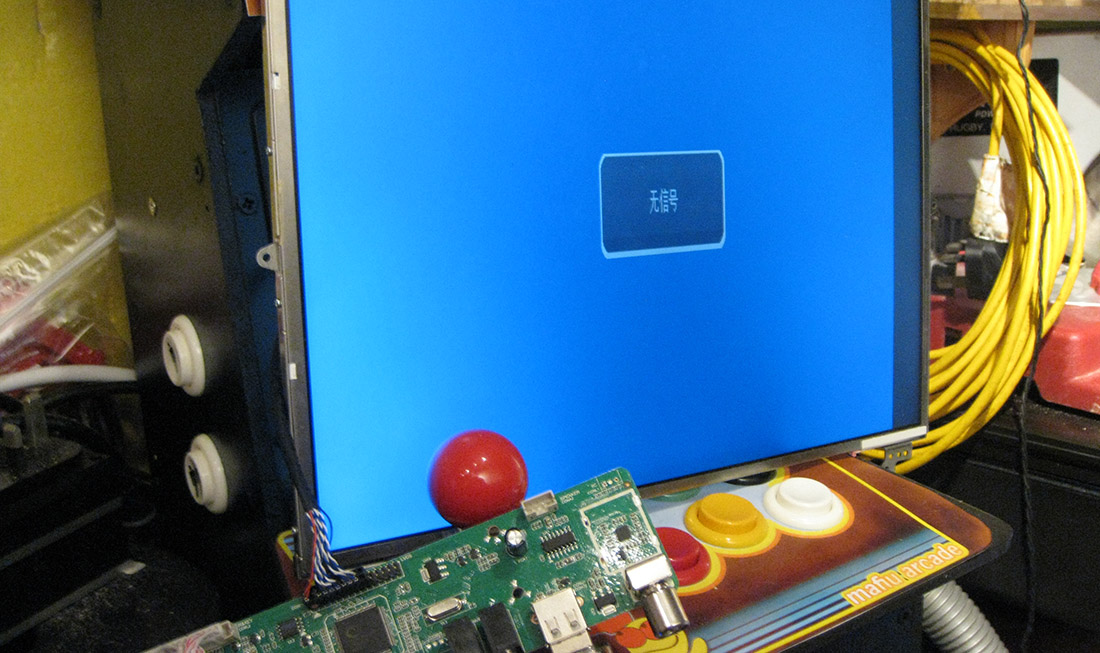 The blog post on lcd4hobby had a link to the current firmware for the V59 and I downloaded this from there, as opposed to the link that I was given on the V59 listing.

This contained a zip file with loads of different drivers, sorted into two groups - 5 key firmware and 7 key firmware. I extracted these to begin with and deleted the set of 5 key firmware files as I had the 7 key controller keyboard.

Then followed the tedious job of looking through all of the firmware directories to find the one for my panel. As you can see from the photo below, the directories were all very long with a lot of detail - so finding the right one was difficult.

Looking down the list I found 3 directories which began with LTN - my panel model was LTN141xf-L03 - so I tried one of these. The directory contains a single file called LAMV56.bin. To load this onto the board (flash its firmware) you need to copy this to a USB drive. Then with the drive inserted into the board's USB port, power up the board. One gotcha though was I copied these files onto the USB stick using a Mac and the firmware flash process didn't seem to work with that. This may be because the mac puts a stub file on the disk which begins with an underscore, which may have confused the simple file system scan on the board. When I re-copied the file across with a windows machine and removed any other file from the USB drive, the flashing worked.

Below is a brief video showing what happens to the LED when you power this on with firmware on the USB key:

Unfortunately the three firmware files which had LTN in the directory name didn't seem to like my panel. When the board booted, you saw a red line at the bottom of the screen with the number 1 on top of it. Then some of the rest of the screen was blue - but not all of it. Finally you saw the Chinese characters that you can see at the top of this post again.

It was going to be too tedious to try every firmware file in the collection until I found one that worked - but I noticed that the directory names had a resolution in most of them, so I searched for the folders which had the resolution of this panel in: 1024x768, and got about 10 to try. Much more manageable.

As soon as I flashed the first 1024x768 file across to the board, things got better. After boot the screen was now fully blue, with no black areas, so I was getting close now. The graphics still didn't look very good; the Chinese characters looked like they weren’t being rendered correctly. The graphics looked low quality. I pressed on and kept on trying different firmware till I got to this one:

This one seems perfect - the Chinese characters now rendered correctly and their gradient fill is smooth. 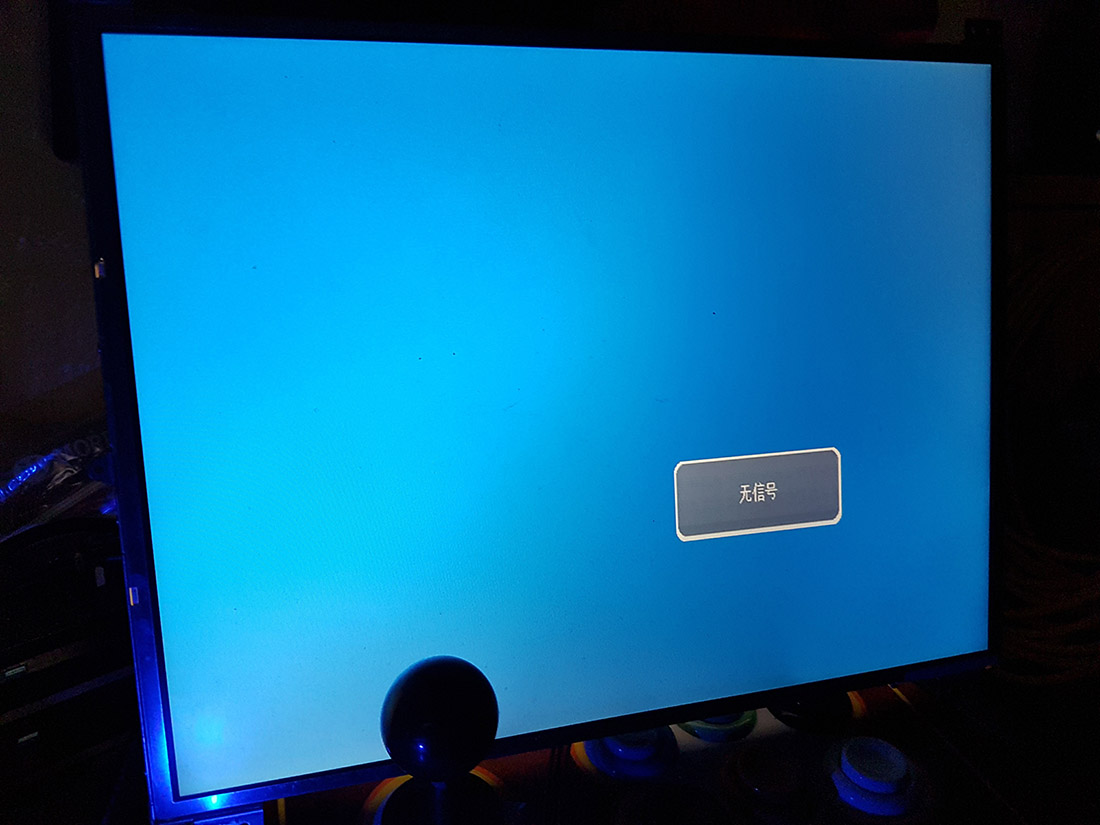 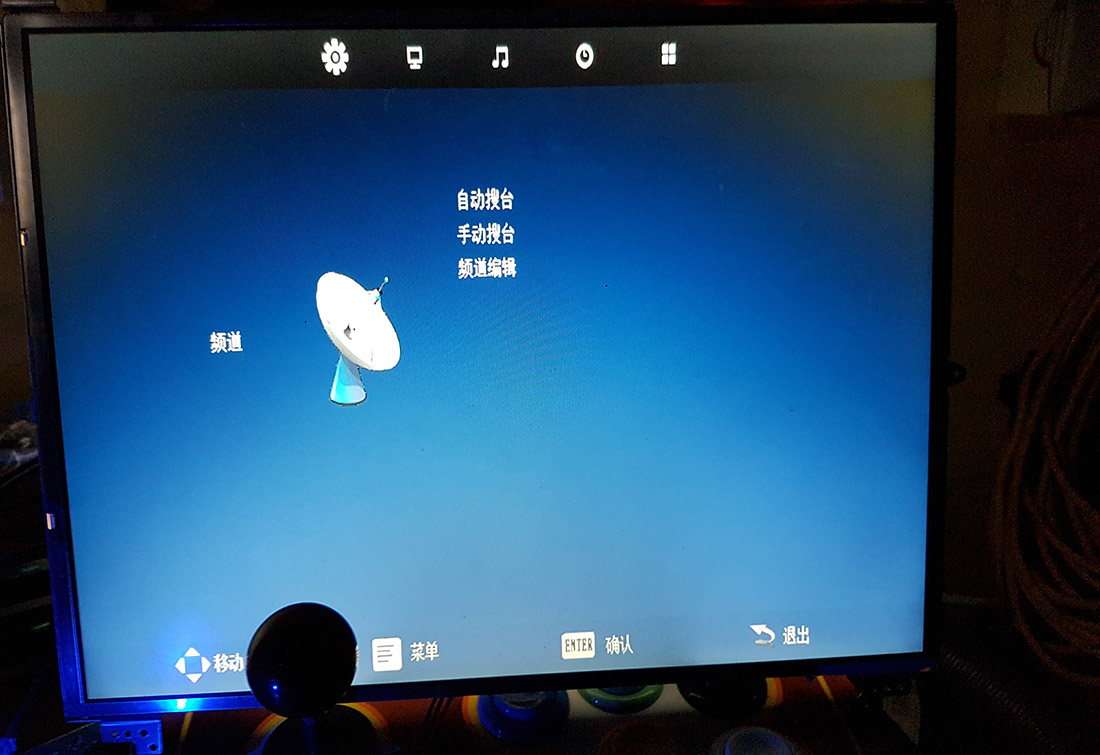 But hopefully, the method I used to narrow down the driver described here may help you identify working alternative firmware with any boards which don't have specific firmware available

The final task, and the subject of my next post is to find out how to change the language used by the firmware from Chinese into one that I can understand!